Warning: count(): Parameter must be an array or an object that implements Countable in /home/customer/www/revisitinghaven.com/public_html/wp-content/themes/aimeej/admin/classes/cfmw/init.php on line 746
 Look Back – 5×14 – The Rulebook is Out the Window « Revisiting Haven
Recently 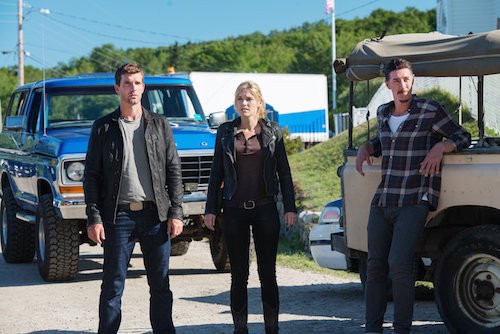 Well. Haven returned in the only way it knows how, by blowing our minds. Kudos for this episode are going to Brian Millikin and Nick Parker, who answered questions, raised new ones, and returned Haven to us, even if it is definitely worse for wear.

Audrey is back and she’s Audrey. Rejoice!

Audrey is back and for once Nathan and Audrey are actually together. That was the surprising part. I was waiting for that shoe drop. What does Audrey being

back mean? It’s just Audrey, no other personality, within her. Brian cleared this up on twitter, but so Audrey is immune to the original Troubled people, but she and Charlotte are NOT immune to the Troubles that came out of Duke because Mara messed with those by using aether. The important thing to understand though is that Audrey is back.

The Lost Colony. Destroyed folks in NC and now the word is carved in a rock in Haven. That can’t be good. This is a mystery that we only seem to get breadcrumbs too. Hopefully we’ll learn more soon.

Game changed when Dwight and Nathan told the HPD about the Troubled. I figured that was as far as things would go. But clearly, that would not be enough. No, the Rulebook for the game was thrown out the window when Dwight told the entire town and single-handedly shutdown HPD and made Guard in charge.

Oh Charlotte. What a tangled web we weave.  First you’re on Audrey’s good side, because you saved her by giving up your own daughter and now have Audrey as your daughter. But then you go and reveal your selfish nature. Everything Agent Howard told people, who told us, that killing Nathan would end the Troubles was not a lie. It’s not their fault we assumed “end” meant cure, because why assume you mean the literal meaning of a word.

Boy was Audrey mad when she heard that from Charlotte. She was so close to losing Nathan how many times and it would have been for naught. I’d be pissed off too.  Oh and then for Charlotte’s plan to backfire and now she’s stuck w/her angry daughter and the love of her life you almost killed indirectly. You’re right Nathan. One big happy family. By the way, let’s take a moment to think about this. What was the purpose of letting people know about the killing ends the Troubles thing then?

My heart was just wretching itself left and right for Duke. The guilt he is feeling for his part in Mara’s scheme. 🙁 I was happy to see how far Nathan and Duke have come from Season 1. Nathan’s not only hugging Duke, but he is also running into mysterious fogs without hesitation to try and stop him. I hope Duke escaping the trapped Haven brings him peace. That goodbye scene though. :-/

“Get back. He’s one of them.”  This scene was so powerful to me. Alex’s coworker, probably a friend, is suddenly afraid of him because she learns he’s Troubled, he’s different. It was so similar to the hate that has been ever present in society throughout the years and is still present today. Such an ugly thing. People being scared because of things they do not understand and of people who differ from them. This was a tough scene to watch, because I felt for Alex (before he was a jerk to Duke). It was well-handled and realistically portrayed. These things were sprinkled throughout the episode but especially by HPD officers who did not know any better. They were scared and fear can make you do some crazy things. #sad

(1) The rings were used to get you through the void without becoming lost.

(2) Killing the man/woman you love would not have cured the Troubles but killed everyone and anyone who was Troubled (YIKES!)

(3) The Colorado Kid killer is back and loose in Haven!

(4) Duke is immune to Troubles he’s given

(7) Thinny’s are closed even to Charlotte