Look Back: Well that Backfired 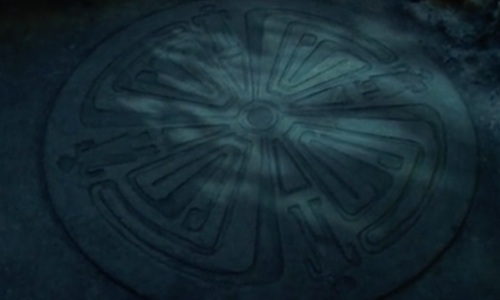 Get your entries in to win cool Haven swag. Deadline for entry in Thursday, Dec. 12th 11:59EST. All part of the Haven Finale Party.

Also use a Haven Bingo Card as you watch the finale. 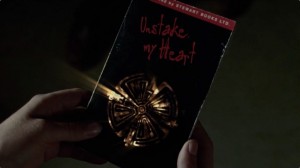 “The book exists to deal with William.” – Audrey

Kudos for this episode go out to Jayne Eastwood who plays Gloria. I <3 you so much. 🙂 Never leave. For an in depth recap check out the one SyfyHaven did here.

That was my reaction at the end of Haven 4×12 (When the Bough Breaks).  That pretty much sums up my thoughts on the episode for the rest of that night into the next day. I just could not wrap my head around this episode. 36 hours later and it is still a struggle. I’ve tried writing this post several times.  Honestly I don’t even know what to write.

I continue to enjoy Colin Ferguson’s portrayal of William. I can’t emphasize enough how well he plays smarmy and CRAZY because let’s be clear, William is a PSYCHOpath. All that being said, I wish Audrey had punched William because she probably could have pulled off the black eye look and I really want William punched.

Gloria, I am so happy to have gotten more of your backstory (more than we have on Nathan in fact). You’ve led a rough life my friend. Please don’t ever leave.

The OT3: It’s strange because all of the characters have come so far since season 3. Heck, they’ve come far even in season 4 but the dynamic in this episode felt….off. The interaction between all of them seems … clinical.  I didn’t get the emotions I usually would from their scenes and that’s from all the scenes not any one combination. Remember when Audrey was worried about the Hunter and the Skinwalker. I still got something from the conversations they all had. Here, I feel as though everyone seems to just be thinking of themselves even if that’s not what was intended. I don’t know. I’m going to stop writing about this. 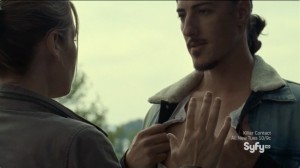 One thing that hit me though, troubles run in families right? So Nathan’s trouble has been in the Hansen family forever. Does that mean his entire family wasn’t the most emotionally expressive? #curious Interesting how William and pastAudrey set up complementary troubles. Given how a trouble is made, I wonder if there were connections between the families. The whole making of troubles and the history behind it could be its own class. I’d sign up for it. 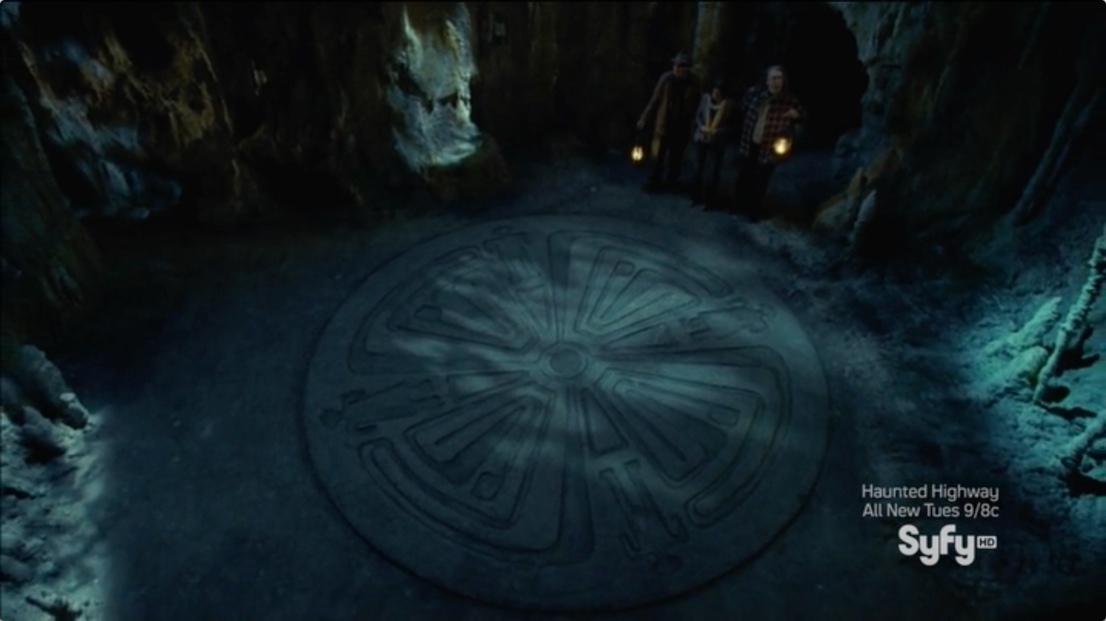 Who could these four people be? Some say the 1st three are Audrey, Jennifer, and William but I have to respectfully disagree. If they’re trying to open the door to shove William through, he wouldn’t be one of the keys. The other thing is if you could sense/find the door here, then you should be able to find it in the barn. William never could. I’m not sure if I agree with Audrey being a key but then again, why would she have held onto the instruction manual, why would she be allowed in and out of the barn? So maybe it is Audrey and Jennifer. I’m pretty sure Jennifer is one of the 4 given she can read the manual . From the screencap above it does look like 2 men and 2 women. Or what if one of the 2 guys is Dave? I mean he is adopted like Jennifer was. What if Howard had the 4 adopted or placed with someone for their safety? In which case….Nathan may be one of the 2 guys. Do we know anyone else adopted or placed with a family for safekeeping?

Anyway, the 2nd half of the finally which will probably pick up with Audrey actually giving Duke his trouble airs this friday. It was written by Matt McGuiness & Gabrielle Stanton. Two wonderful writers who have been with the show for a while and also gave us: Harmony, Sketchy, Fear & Loathing, Love Machine, The Tides that Bind, Business as Usual, Stay, Over my Head, Reunion, Fallout, and Countdown.

Shawn Piller says that we won’t see the end coming. That’s fine by me, I just want something on the level of “Thanks for the Memories” because at least I could rewatch that during hellatus last year. Not sure I can rewatch the first part of this finale again so I’m hoping the 2nd half will make up for it.

To end on a positive: Nathan watching Audrey hold the baby and Nathan holding a baby: 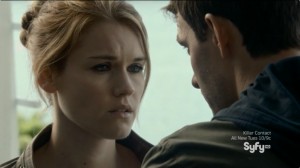 This entry was posted in Look Back and tagged Tagged: 4x12, finale, when the bough breaks on Sunday, December 8th, 2013 .