Warning: count(): Parameter must be an array or an object that implements Countable in /home/customer/www/revisitinghaven.com/public_html/wp-content/themes/aimeej/admin/classes/cfmw/init.php on line 746
 There May Be No PCA love for Haven But It’s Still the Little Show That Could « Revisiting Haven
Recently 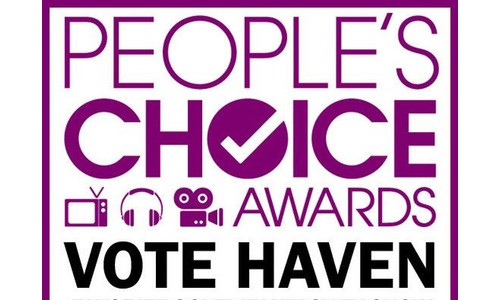 I’m not thrilled by not getting the #PCA nom but not surprised. #DiscoverHaven is the little show that could. It’s totally under appreciated

So Haven did not get any People’s Choice Nomination Love this year but don’t forget that it made the Pre-Quals!!! How many other sci-fi/fantasy shows can say the same thing?!

I’m still proud of this little show that could. We always knew that the cast and crew loved the fans but they really showed it when the nominations came out. We had vids from Eric Balfour, Adam Copeland, multiple vids from Lucas Bryant and Emily Rose (vid 1, vid 2 , vid 3, vid 4) asking us to ClickOurBrainsOut! Gone but not forgotten Laura Vandervoort tweeted to get out the vote. Kate Kelton even came back to ask fans to vote and when I think I couldn’t possibly love her more, I do. The Haven Writers on Twitter were reminding us to get the votes out. The fans of Haven were out in full force asking their followers to help our little show that could. Syfy & SyfyPR even gave a few tweets and RT’s asking fans to vote. You can always count on entertainment One came out with their support. They even made the cool badge below: 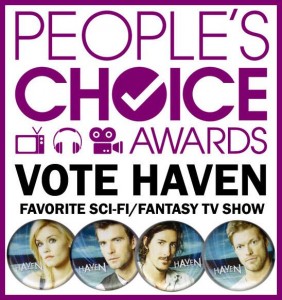 This was the cast, crew, and fans asking us to help support a show they love and know we love because it does not get the love it deserves. It doesn’t and that’s a fact. I mean it’s a mystery as to why we continue to wait to hear about the Season 5 renewal, which I’m 98% sure will happen & Syfy is just messing with us.

Either way, let me present my first two reasons as to why you should be watching.

Haven is one of the best written shows I have seen in some time. Every show is different and the style of writing for genre shows vary but the writers on Haven are in the same league as the writers of Orphan Black, Scandal, Breaking Bad, Walking Dead, or Veep.

I feel quite strongly about this. If you have never watched Haven, then you cannot argue with me about this because if you did watch you would agree.  To be clear, I didn’t say better, I said in the same league.  I’m not taking away from any of those shows, just putting Haven up there with them. The writers are rock stars. They are just as awesome, cool, and loved by fans as much as the cast. I could name them all but Haven writers past and present, we love you guys <3!!

There’s a reason my motto when watching Haven on the edge of my seat is “In the writers I trust.” They’ve never betrayed that, although Season 3 did test our faith, it has never wavered.

Have you seen the cast? Let’s take at them over the seasons: 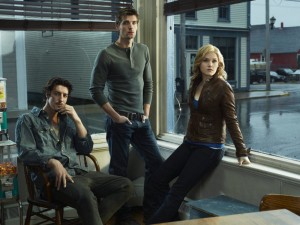 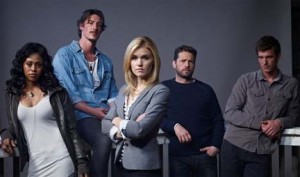 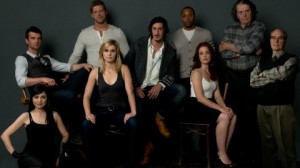 Why aren’t you watching again? Looks aside, they are all very talented actors. They are royalty at saying a hundred things with the smallest facial changes. There are several episodes that should be on their career highlight reel and really this is quickly off the top of my head.

Lucas Bryant – Burned, Thanks for the Memories, Crush

Maybe you just need to watch last week’s episode, Crush (available on iTunes, Amazon Video) and then you will understand.

Haven has some of the best and loyal fans around. I know how that sounds, being a fan myself but I’m talking about everyone else. You’ll find them on Twitter, Tumblr and on the Interwebs. To really understand how fun they are, watch Haven live as fans live-tweet. It takes the whole experience of watching to another level. It’s great. I would rather watch it with the fans live than by myself. Here’s an example of how loyal and powerful the fans are: They got #pancakes to trend during a live airing of Haven. Not only trending, it was one of the top trends in that hour and beyond. AMAZING.  In fact, they’re trending #renewHaven this upcoming friday, for more information visit here.

Now those are all the reasons you should be watching. Take the reasons above with the reasons below and this is why Syfy should just announce the renewal already.

The show airs on Friday night at 10pm on the Syfy network. Off the bat, not everyone has Syfy but the ratings have been pretty solid throughout the season. The show averages roughly 1.47 million viewers give or take (based on numbers obtained from Haven Wiki). I believe it’s in the top 10 of GetGlue each week. #DiscoverHaven trends pretty well on the night the show airs. I’m not sure how it’s doing with DVR playbacks or iTunes/Amazon downloads but I’m sure it’s happening. I use my Haven iTunes Season Pass all the time. 🙂 I don’t think the show is expensive to make because it films in Nova Scotia. Out of 152,082 ratings, it has a 4.2 out of 5 star rating on Netflix.

But…….we still have no renewal.

With increased promotion and marketing, Haven could have the resurgence that NCIS did after its fourth/fifth season. NCIS got a syndication deal with USA and boom everyone knew about it and started watching. It went from the 14th ranked show to the 5th!!  Yes, I get that Haven is more of a serialized show but I think it could still do well with a syndication deal on TNT (like Charmed, Supernatural, etc.) or the USA network (you’re a part of the same family Syfy).

Promotion + Marketing = New Viewers. Even just letting people know the show is now on Netflix Instant Streaming can do wonders! Just some food for thought for the Syfy network, Entertainment One, and all the big wigs involved should think about. I’m always happy to talk more about this, so just tweet/email me. 🙂

I say all of the above with love. 😀 Feel free to share this with a fellow fan, a potential fan, the network, the cast, crew, whoever using the share buttons above.

And now that I have let out my frustration….

P.S. I do a Revisiting Haven Spreecast/Podcast on Fridays before the East Coast airing at 9|8c where we discuss the previous episode and speculate on the upcoming episode. A little something to help get us to #DiscoverHaven quicker. Just click the RH Spreecast Channel at the top of the page. Afterwards, it will be posted on this site. If anyone would like to join the discussion via Skype call or video chat with other fans, let me know. 😀