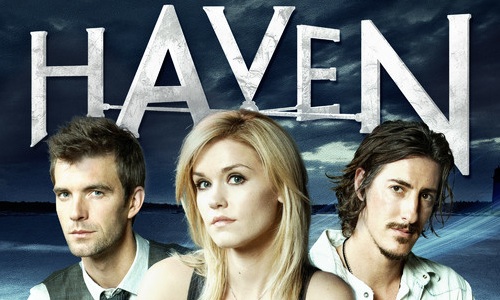 Before I get into this, take a look at this:

I got this a little after the renewal news broke on Twitter. I’m not saying Haven broke Twitter but….Twitter was down and Haven was just renewed. Coincidence? Probably not.

Anyway…..whether Twitter is down or not, the news is out. The trio will be back! This was me and probably most of the fandom after reading the news:

Trying to do work now will just result in a lack of productivity so I figured I should write about something I can’t stop thinking about. Haven. You can read all about it over at:

To summarize though, here’s what we know:

It seems that this is similar to what was done with Army Wives. Whatever the reason, we are getting more Haven! So don’t go borrowing trouble and start worrying about the possibility of a season 6. We have 26 episodes! The writers are free to plan and write for the show without the stress of wondering if we’ll be back in 2015 because they will be back. Chances are they will work on the first 13 episodes this spring & summer and the last half the following year. That’s just me speculating though.

Kudos have to be given to Eric Balfour, Emily Rose, Lucas Bryant and @Syfy (Ted  A’zary) for their patience and kindness as fans awaited news. You reassured us and never made us feel bad for our panic. 🙂 Thanks!

You can officially start getting your friends hooked on the show because the cliffhanger will be resolved!!! Start your viewing parties, spread the word, let them know it is available on Netflix, Amazon Instant, and iTunes.

Now that we have 26 episodes to look forward to, who’s going to start the kickstarter campaign and/or ask Entertainment One for more Haven merchandise? Can we get an official Calendar? A companion book? Another score soundtrack AND a Music from Haven cd?! Tweet @eOne_TV and let them know you’re interested in that stuff. eOne message me (@aimeej21), I’d be happy to help. 😀

Check out the Revisiting Haven Podcast, where Amy (AMS_04) and I discuss Haven.  You can check it out on iTunes or here under Podcast. We were supposed to talk about S1Ep2 – Butterfly this week but I think this renewal news is going to be the main story now. We’ll be updating often during the hiatus.

@lillazuck and I wish the writers the best. A month ago we joined the staff of USA’s #Suits. New journey for us, hope you’ll come along!

All the best to you Nora and Lilla Zuckerman!! No doubt we will miss you. They have been with the show since Season 2 and have written fan favorites like “Audrey Parker’s Day Off” and “Sarah.” Suits is definitely gaining some great writers. Thankfully, I like Suits and look forward to seeing what the Zuckerman sisters bring. 🙂

Congrats to the cast, crew, creators, and producers on this GREAT news!!! 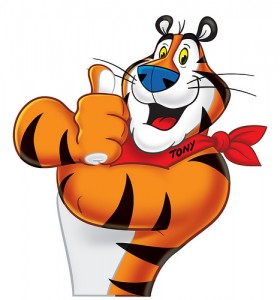 This entry was posted in General and tagged Tagged: renewal, season 5 on Tuesday, January 28th, 2014 .