Warning: count(): Parameter must be an array or an object that implements Countable in /home/customer/www/revisitinghaven.com/public_html/wp-content/themes/aimeej/admin/classes/cfmw/init.php on line 746
 What to Expect From Season 5B?! « Revisiting Haven
Recently

What to Expect From Season 5B?! 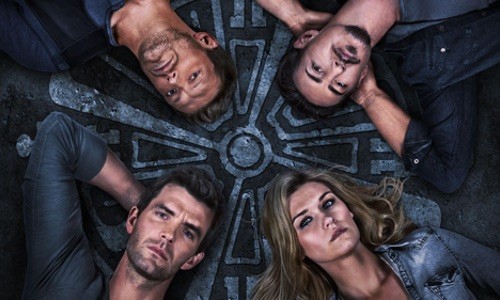 Summary: What can we expect without using the words roller coaster, wild ride, unexpected, mysterious, surprising?  How would you describe it?

Straight from their Mouths

“Season 5B really changes in its look and tone, it’s almost more akin to The Walking Dead.  I don’t want to say post apocalyptic, because it’s not uber depressing, it still has the humor and the heart, even in the face of this.  But it’s really an escalation of everything we’ve been building to and the wheels really come off of Haven and Nathan and Audrey and Dwight and Duke are all trying to put their fingers in the dam, the dam pretty much breaks, and they’re now in the water swimming through the whole season.”

“A huge departure from Haven as we know it.  The rug upon which all our world was strangely built, is pulled out, there is no rug, it’s a rugless season.  Rugless.  It’s a bare floor.  Season 5B – found out what’s under that rug.”

“It’s not anything I would have ever expected, in terms of where I thought it was going.  I think there’s a lot of the mythology that is explained, sometimes that makes me happy because we’re giving answers, sometimes it makes me sad, because I feel like it’s kind of not what the show was initially.  But a show grows, it changes and you find out where these stories came form.  There’s some really cool scenes and some mind blowing casting.  I will get to work with an icon in this next season, and that is very exciting to me.  Exciting people to look forward to.”

“I think the viewers will be happy.”

“It’s a wild ride.  You’re not going to expect what happens.  It’s going to be crazy and scary and get a lot darker than it’s been before.”

“It’s pretty exciting.  Haven is getting out into the world.  We are discovering the tendrils that are far beyond Haven and how far those go could be quite interesting.”