Warning: count(): Parameter must be an array or an object that implements Countable in /home/customer/www/revisitinghaven.com/public_html/wp-content/themes/aimeej/admin/classes/cfmw/init.php on line 746
 Want Haven at SDCC and/or NYCC? Sign the Petition! « Revisiting Haven
Recently

Want Haven at SDCC and/or NYCC? Sign the Petition! 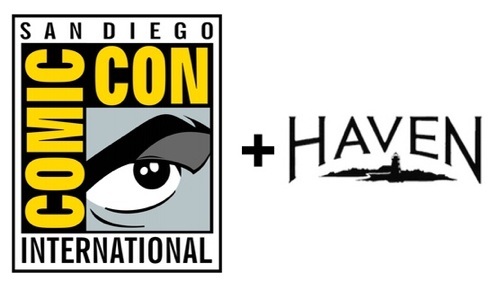 If you haven’t heard already, Eric Balfour broke the sad news that Syfy was not planning to send the cast to the San Diego Comic Con (SDCC) this year.  And this is what happened to the fandom:

I was going through my timeline and it was a bummer seeing how many people are disappointed by the news.  Then I got to thinking, that things really cannot get worse at this point, they can only go up. So I put together an online petition to show Syfy and Entertainment One how much we as fans would love to see Haven at SDCC and/or New York Comic Con (NYCC). Now the only reason I said SDCC and NYCC in the petition is because they are the two in the US which seems to bring the most fans from everywhere and to my knowledge the first 2 that are closest date wise.

Now it may be too late to make anything happen, especially when you’re talking time and money, but you never know. The power of this fandom has surprised many before. If it does nothing else, it can show the Haven cast and crew how much we love them and all that they are doing for us.

I wonder how many signatures we can get by July 1st.

Below is the text of the petition.

The reason this petition began is because it was seen on social media that there Syfy is not sending the cast to comic con. You can image our shock, surprise, and disappointment.

On January 28, 2014, Syfy’s hit show Haven was renewed for a super-sized 5th season. Huge news for all fans of the supernatural show.

After word of the 26-episode season was announced, excitement for San Diego Comic Con (SDCC) and New York Comic Con (NYCC) (among others)began to build. Fans who have never been to comic con began planning to attend at least one, some both comic cons just to see their favorite Syfy show.

It’s not that giving such a large order season to a show means the death knell for a show, we understand there are many factors that go into deciding whether a show is renewed. However, it is also understood that there is a chance that this summer/fall may be the last chance for fans of the show to interact with their favorite stars, writers, and producers. It is also understood that now more than ever it is important to not become complacent. Keeping the ratings up, keeping the old fans, and bringing in new fans is important.

Bringing Haven to the comic cons is not only for fans who can attend in person but also for fans online who cannot attend because of cost and/or distance. Haven is a show that has brought fans together from across the world. It is also an opportunity for fans to meet one another, share their love for the show with others, AND for new fans to discover the show.

We are not asking that Haven have a panel on the main stage but we are asking that Haven have some kind of presence at SDCC and NYCC. It could even be done off-site or virtually if necessary. There are a number of possibilities: Meet & Greet, Meetup, Autograph Signing, a Booth, join with Nerd Machine and do a panel, or do a livestream from Nova Scotia and let Haven fans gather at SDCC, something, anything really.

Haven deserves to be at the comic cons as much as any broadcast television show or hit movie. It is the show that defys odds and has the same kind of quality writing as the Walking Dead or Orphan Black.

Haven fans are tenacious and loyal as you probably know when we were awaiting news of the season 5 renewal. Well, here we are again, asking you to allow us to thank the “little show that could” and bring them to the Comic Cons.

We realize that you do not owe us anything and it may be too late to, but it would be really nice for fans to experience Haven somehow during the Comic Cons. Have we mentioned that a lot of things can be done virtually?

So please, we are respectfully asking you to bring Haven to at least SDCC and NYCC in some way, shape, or form.

And I’m not just posting and running, if I can help, then I am more than happy to do that.

On behalf of all Haven fans around the world,
Aimee J.
revisitinghaven.com

19 responses to “Want Haven at SDCC and/or NYCC? Sign the Petition!”